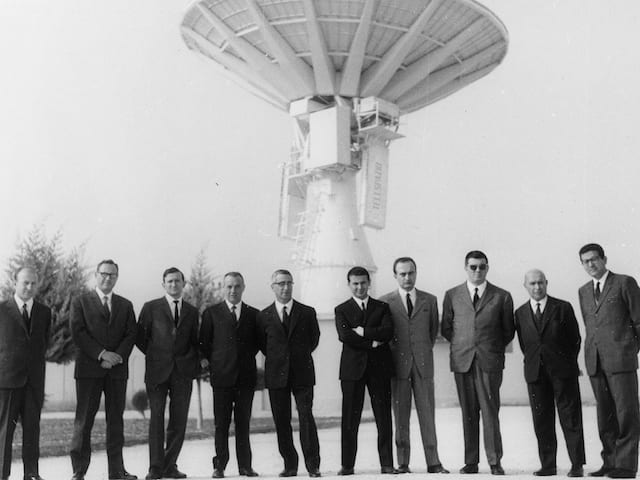 Smart Teams use RAD Tools. Isn’t Time you Did Too?

Rapid application development (RAD) tools are an answer to prayer for many busy developers and IT managers. They are designed to free us from the soul-numbing task of creating endless lines of code  – including testing and debugging; and repeat – to simply create a standard function.

What are RAD software development tools?

RAD tools are low-code development solutions designed with speed and agility in mind. They automate the creation of frequently-used code, offering a quicker, simpler and more adaptable alternative to “traditional” application development. This agility is a benefit for developers who are building web applications and desktop applications at the same time (as is often the case when dealing with legacy applications).

The other great benefit of automation is that when it comes to building,  it provides an alternative to the old-school (i.e. costly, time-consuming and risky) waterfall methodologies that are so dependent on the skills of particular individuals.

Why RAD tools are so popular

We work with several development teams who use our Windows RAD tool, Linx. These teams use the tool primarily for the huge productivity gains it offers them.Our partners, Digiata – a leading software development and consulting firm – has been using Linx for 15 years. They use it daily for all sorts of things, including:

In an IT department not so long ago, the main concern of an IT manager was the rate of resolution for helpdesk tickets. However, today’s IT department faces a variety of new challenges. As well as being able to efficiently meet the needs of users in a cost-effective way and conducting major technology roll-outs across the company, IT managers are expected to improve the business and make it safer and more profitable.

IT managers are being called on to enhance operations, improve security and beyond most –  to provide a competitive advantage through new functionality. A whole new range of tasks is being put onto the CIO’s shoulders, requiring additional capabilities and demanding much greater emphasis on areas such as innovation or crafting and orchestrating digital ecosystems.

So how do you do it?

Build a better IT strategy

IT leaders are relied upon to lead their companies’ digital advancements by creating an IT strategy that sets the course of innovation while accommodating digital initiatives. But most companies simply don’t take the time to plan out an IT strategy. More than they care to admit,  people will spend more time researching a new car more than truly understanding the software required to run critical parts of their business. With an explosion of applications, software, and vendors likely to be tenfold of what it was five years ago, who can blame them?

However,  businesses – and their owners – still make the mistake of thinking of technology as a “get out of jail free” card.  Information technology can be a force multiplier for your business – saving money, making your employees more productive, and allowing you to attract more business but it needs to be delivered on time, on budget and part of a greater business plan. But how can you do this when you’re simply trying to keep your head above water?

New technologies are introduced all the time as is up to the CIO to identify and implement technologies that benefit the company’s IT department – and the bottom line. The most obvious solution is to hire more, especially for the infamous “IT department of one” but this doesn’t necessarily guarantee success.

Werner Vogul, the Amazon CTO famously once said  “There is no compression algorithm for experience”, but finding professionals with the right technical knowledge and skills is becoming increasingly more difficult. ISACA estimates that in the IT security sector alone there will be a global shortage of two million professionals in 2020.

Many organizations see automation as the first steps toward satisfying the modernisation of the business at a time when sourcing sufficiently skilled staff remains difficult.  The adoption of IT automation promotes a more rapid development and deployment of new applications and can easily be implemented in areas where it’s introduction is least painful, and the benefits and the results can be felt right away.

But automation is no magic potion –  it won’t fix busted processes or eliminate the need for conceptualizing, implementing and managing these processes. What it does do is open greater opportunity. Simply put: anytime a single task – anything from launching a web server, stopping a service, or simply transferring data –  is repeatable and its tasks can be automated or built into a series of processes and workflows, which are then orchestrated to run automatically, the traditional benefits of time and cost savings are activated.

Is low code the holy grail?

If automation and orchestration improve tasks efficiency, the question should focus on what is the best tool for the job. Today’s digital economy dictates that there’s no time to mess around with sloppy code or lengthy development processes that make applications redundant before they’re even finished. Instead, we need a “move fast and break things” approach that fosters creativity and innovation.

Finding the holy grail of matching business demands and custom development is a tricky business. Even basic functionalities in standard BPM platforms require you to write a few lines of code to test conditions – whether it’s sending and retrieving information from a database using queries, changing task assignment based on a variable value or simply making connections to external applications.

Many of the low-code platforms on the market, in fact, empower users to run applications as well as create them. This distinction is more than superficial, as there are two fundamentally distinct architectural approaches that vendors in this emerging market follow to support apps in a production environment.

First, there are the vendors that take a code generation approach. These tools provide a visual development environment that simplifies the creation of the application – but once it’s finished, the platform generates executable code that will run on a Java machine or in a Microsoft runtime environment. These include tools such as  Alpha Software, AppGyver, Kony, Lansa,  OutSystems, and Progress Kinvey,

Other tools take a model-driven execution approach. In this case, the visual application creation environment generates an intermediate domain-specific representation of the application in question which the platform interprets and executes directly at runtime. This includes tools such as  AgilePoint, Appian, Caspio, Linx, Mendix, QuickBase, ServiceNow, and Zudy.

These model-driven execution platforms typically run in a public cloud, although a few vendors offer private cloud and on-premises versions of their platforms, allowing you to run your applications on any choice of environment.

No matter the approach, the goal of low code is to provide you the freedom from routine so you can focus on what matters – running efficient IT systems that contribute to business growth via the ability to collect information, manage it, automate it, and change it, (fast), without writing a single line of code.

Now isn’t that something worth (not) writing (code) home about?

Tags: CIO | IT manager | Rapid application development
We use cookies to ensure that we give you the best experience on our website. If you continue to use this site we will assume that you are happy with it.OkLegal docs