Seven years ago, we announced Linx 5, a release specifically designed to modernise and commercialise an internal tool we had been using with our enterprise customers for the previous 15 years. By all accounts, Linx 5 was a huge success with our customers and partners.

With Linx 6, we’ve built on that success with new features, a streamlined UI, and a new diffable file format – something our customers have been clamoring for. We’ve also made significant changes under the hood to make rolling out new versions of solution dependencies and plugins easier.

Highlights of the new release include;

One of the most requested features on our list! Creating a dark mode version for the Linx Designer was a massive endeavor as we had to carefully design and craft every component and screen. As a result, the new scheme provides a modern look in-line with what the professional developer expects in a software tool. 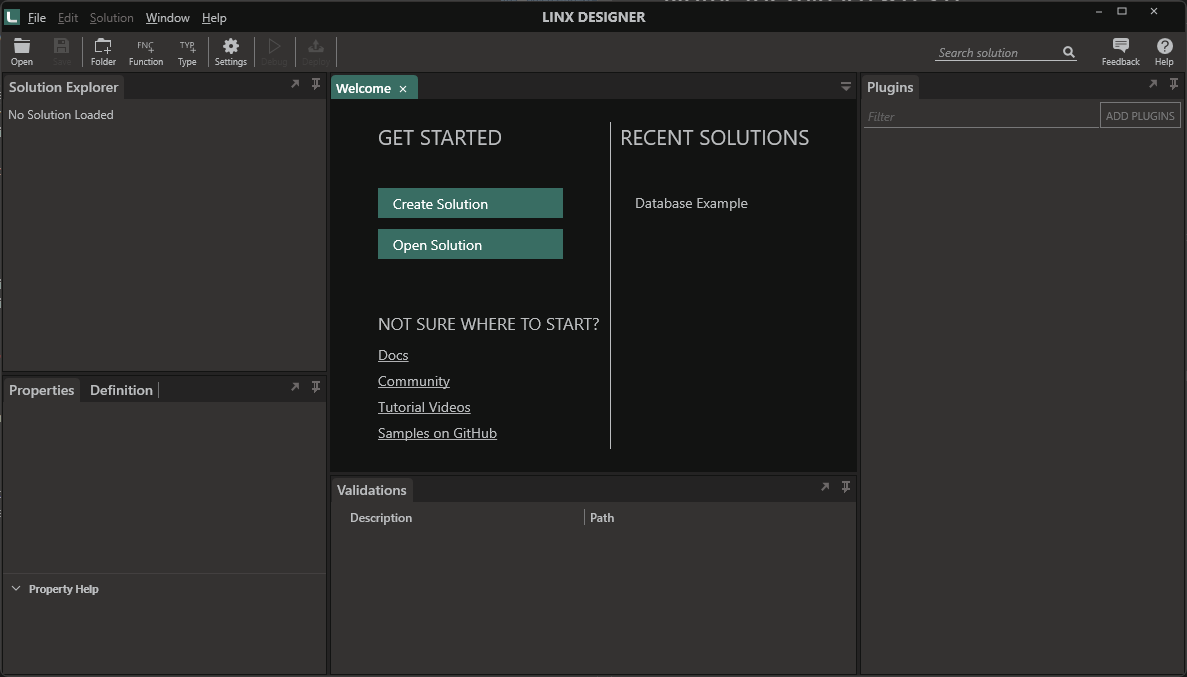 Larger teams have found it challenging to work on a single Linx solution because there was no way to look at the differences between versions. Linx 6 fixes this by saving solutions to text files in a folder structure so teams can use their diffing tool of choice to inspect changes. In addition, low-code teams can now use the same workflows developers use to pull, change, review, and commit changes.

One of our goals at Linx is to close the gap between the flexibility of hand-coding and low-code, and this is one of those rare changes where making Linx more flexible also makes it simpler to use.  Linx 5 returns values from a Linx function as properties on a result object. The result object would contain a string property if you want to return a string. You would use the string by referencing “function-name.result.property-name”.

With Linx 6, we’ve added the option to return any type, so you can return the string value as-is. You would reference it as “function-name”, which is much simpler and more closely resembles how common programming languages treat results from functions.

We’ve removed the Project concept as it’s functionally no different from a Folder. This change reduces clutter in the UI and makes simple solutions simpler while complex solutions can be organised using Folders.

Decouple solution dependencies from the Designer

In Linx 5.14, we released versioned plugins to afford more control over plugin updates. Linx 6 brings the same concept to our compiler and type system.  Most production-grade software has several dependencies that must be tightly managed between development, testing, and production. We’ve decoupled the compiler and type system from the Linx Designer and Server and made them dependencies of the solution.

This change allows more control over solution dependency updates, providing a more reliable experience when working with a solution and less chance of unintentionally breaking something when deploying to a different environment. It also allows more granular updates to Linx, enabling a faster release cadence.

We use cookies to ensure that we give you the best experience on our website. If you continue to use this site we will assume that you are happy with it.OkLegal docs